What Are The Implications Of A New Apple Search Engine? While it is all conjecture at this point, there is speculation within the tech industry that Apple has been considering launching its own search engine for some time. This would be a departure from the company’s current reliance on Google as the default search engine on its devices. The move could have major implications not just for Google, but also for other major players in the search engine market like Yahoo! and Microsoft’s Bing.

An Apple-built search engine would likely be integrated into the company’s existing products and services, such as Siri, Safari, and iCloud. This would give Apple a significant advantage in terms of collecting data and improving the quality of its search results. In addition, Apple has a large base of loyal customers who may be more likely to use a search engine from the company than one from Google or another competitor.

How the Rumour is Gaining Traction

Robert Scoble, a well-known technology blogger, posted May 28th on Twitter, “Oh, and a new search engine is coming too. Will Siri finally get “smart?” Hmmm.” This was on the heels of a post about what to expect from Apple’s World Wide Developers Conference taking place on June 6th.

While Scoble’s post is hardly confirmation, it has been widely circulated, shared, and liked. applesearchengine.com was registered on May 31st, which could be an indication that someone is trying to capitalize on the rumors.

The Biggest Hurdles Apple Would Have to Overcome

The biggest hurdle that Apple would have to overcome is gaining market share from the big players in the search engine industry. Google, Yahoo!, and Microsoft’s Bing currently dominate the market, and it would be difficult for Apple to lure users away from these established brands.

Another challenge that Apple would face is building an accurate and comprehensive search engine. Google has spent years perfecting its algorithms, and it would be difficult for Apple to catch up.

There is the financial implication to consider as a roadblock as well. Google currently pays Apple billions of dollars to be the default search engine on Safari. It has been reported that, in fact, Google was expected to pay Apple $15 billion in 2021 to be the default search engine on iOS. If Apple were to launch its own search engine, it would presumably lose this revenue stream which would currently account for between 15%-20% of Apple’s entire yearly income.

Why this might be a good move for Apple

There are a few reasons why this might be a good move for Apple.

First, Apple has a very dedicated user base. These users are often willing to pay more for Apple products and services, and they are also very loyal. This loyalty could translate into using Apple’s search engine instead of Google’s.

This removes one of the most tangible barriers to entry that would prevent other tech companies from considering a move into the search engine market.

The second reason is data privacy. In the wake of the Cambridge Analytica scandal, there has been a renewed focus on data privacy. This is an issue that Apple has always been very vocal about, and it could be a key selling point for its search engine.

Third, Apple has a lot of experience with artificial intelligence and machine learning through Siri. This could give it an advantage in developing a search engine that is more accurate and user-friendly than what is currently on the market.

Imagine giving Siri superpowers by adding its own internal algorithm and data collection.

Finally, launching their own search engine gives Apple more control over the user experience with their products. This isn’t a new concept, although it got off to a rocky start, Apple Maps replaced Google Maps as the default mapping app on iOS devices.

The Implications Of An Apple Search Engine

If there is any truth to these rumors the implications would be earth-shattering. While the amount of ground Apple would have to cover in order to really compete with the Google giant for market share for search engine users, it’s not unreasonable to think they are in a better position than Microsoft was when they began their rollout of Bing.

As I mentioned before, Apple has a very loyal customer base that reaches cult-like status for some apple-lovers. This, in turn, could lead to a mass exodus from Google as the primary search engine if Apple’s is deemed good enough and offers a more seamless user experience.

In addition, if people begin to use Apple’s search engine they will have access to Siri’s machine learning capabilities which could make the search engine more accurate and user-friendly.

The final, and possibly most important implication, is that Apple would gain a large amount of control over the user experience. Currently, Google is the gatekeeper to a lot of information and apple would like to change that.

An Apple search engine would give the company an unprecedented amount of data that they could use to improve their products and services. It would also allow them to better compete with Google in the digital advertising market.

How an Apple Search Engine Might Impact Google, Yahoo, and Microsoft’s Bing

An apple search engine would have a significant impact on Google, Yahoo, and Microsoft’s Bing.

This could lead to Google losing market share, which would then trickle down in more impactful ways to both Bing and Yahoo respectfully.

Fewer people using Google as their primary search engine has a pretty large financial implication when it comes to the advertising revenue that Google receives. Cornering the market is an understatement when describing Google’s current position, but an apple search engine could change that.

In addition, an apple search engine would have a large impact on the user experience. Apple has always been known for its sleek design and user-friendly interface. If they can bring that same level of quality to their search engine, it could pose a serious threat to Google.

While it’s all speculation at this point and there has been no official comment from Apple regarding its future plans in this area, the possibility of an apple search engine should not be taken lightly.

The potential implications are far-reaching and could have a major impact on both the search engine market and the digital advertising landscape.

Only time will tell what the future holds, but one thing is for sure, if Apple does launch its own search engine it will be a game-changer.

Become a subscriber to our interior design marketing newsletter and get weekly tips and strategies sent straight to your inbox. As a thank you for subscribing, we are offering a free interior design client case study you can download. Sign up now! 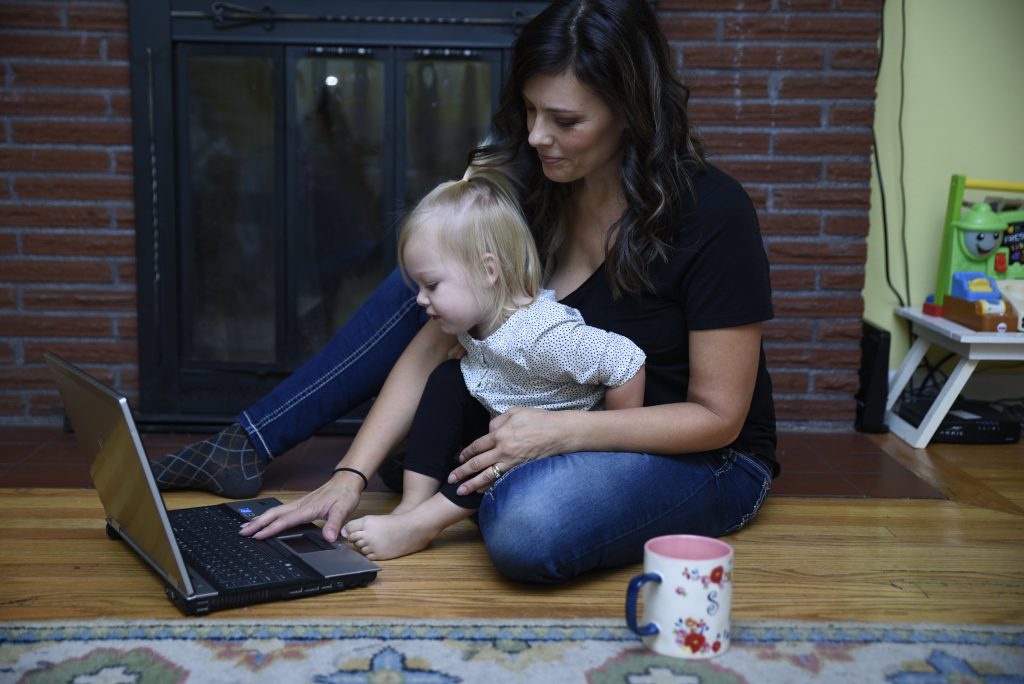 Stacie is is the founder and CEO of Dynamic Designs NW, LLC. She lives in Hood River, Oregon with her husband and daughter. 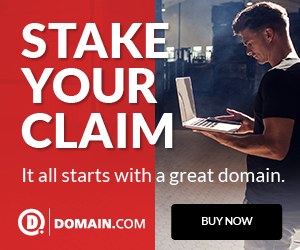 Dynamic Designs NW
5.0
Based on 5 Reviews

Josue P.
2021-09-21 21:51:22
We went through Dynamic Designs NW for our business logo. They had fast responses, professional, and followed through with everything they promised.... We...read more

Carmen O.
2021-07-13 12:03:26
I hired Dynamic Designs to create a branding package for my business. Their team made the process easy and fun. They're always quick to communicate... and...read more

Donna E.
2018-09-08 11:22:35
After winning a major framing award, I was advised by industry leaders that my self-made website needed an overhaul (layman's terms for throw that... thing out...read more

The process was challenging for me, technically. I found Stacie to be patient and enjoyable to work with. In retrospect I feel I could have given her more creative liberty yet I am very satisfied with the results of our collaboration. I am now needing to become an effective manager of my new website.

Stacie was so patient working with me and my schedule and many distractions. Her expertise and personality eased me through the challenges of creating an effective website. I have never been busier and the website has definitely driven more business to my shop!

Stacie and her team built us the website of our dreams! They fully understood and helped refine our marketing goals, and creatively translated that into a professional website that meets all our needs and then some. Would highly recommend their services to everyone.

We went through Dynamic Designs NW for our business logo. They had fast responses, professional, and followed through with everything they promised. We highly recommend them.

I hired Dynamic Designs to create a branding package for my business. Their team made the process easy and fun. They're always quick to communicate and guided me through the design process. I love my logo and brand design. Highly recommend!

For anyone with a small business trying to grow their email list, I would recommend Stacie! We started out without any knowledge of how to increase our fanbase. Stacie helped us grow our list to over 400 subscribers using Facebook ads! She is super smart and has a great team that she works with. I am so grateful that I found her and I would recommend her services.

Stacie was very creative and a patient person to work with which I feel is so important to have when working on a very detailed project/website.

I spent a lot of money trying to work with other web designers. I know I was asking a lot of them. I shared my crazy business plan and vision with them, and all I got in return was a spot on their permanent back burner. It was like flashback to high school and feelings of getting benched to make room for the 'real stars.' Then I met Stacie. She met with me in person, listened to all my crazy ideas, put those crazy ideas into action (so I could see them), and exercised a lot of patience when we had to toss a draft and start again. Now, over a year later, my business is not only up and running...it's rocking (bling, bling)! And Stacie is on the short list of people who helped me make that happen. I can't count how many times my customers smile when we meet and say, 'I love your website...it's so original.'

Loved working with Stacie! She communicates well and response very quickly, seemingly always ready to assist. She has wonderfully creative ideas and a great eye for design, I’m looking for ways that I can continue to work with her. Highly recommend

I love working with Stacie! She is charming and a whiz a website building. I feel confident that she can tackle whatever changes I want to make and she makes it all look easy. I've also really enjoyed her network of professionals that she both works with and referred me to. I would recommend her.